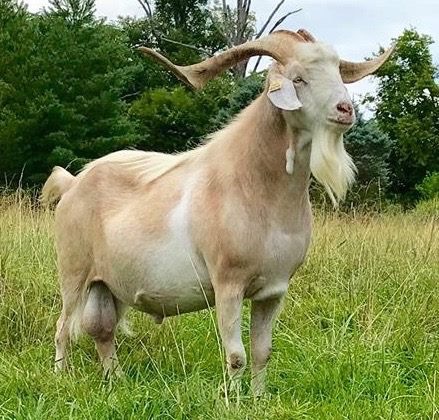 RING LEADER (2014)– This buck exhibits great strength and size. We could easily feed this buck in a manner to make him weigh 300 pounds, but that would not be in his best interest for general health and longevity, so we try to keep him in the 250-pound range.

Our first insight that Ring Leader was going to be something special was when he was designated as a Top 10 Buck at the 2014 Maryland Performance Buck Test. This particular buck test has the reputation of being a “boot camp” type challenge and to finish in the Top 10 is an extremely difficult thing to accomplish.

Later that year, Ring Leader was purchased by our friends at Honey Stables Ranch. They bred him to some really nice does and in 2017 they sent 5 of Ring Leader’s sons to compete in the West Virginia Buck Test. Amazingly, all 5 of those bucks finished in the Top 10 of that buck test. I’m pretty sure this is the only time in the history of buck testing that half of the Top 10 bucks have been produced by the same sire. That same year Ring Leader also produced a Top 10 buck at the Eastern Oklahoma Buck Test. This accomplishment inspired Mill Creek Ranch to join forces with JD Ranch Kikos and we were fortunate to negotiate a deal to re-purchase Ring Leader. 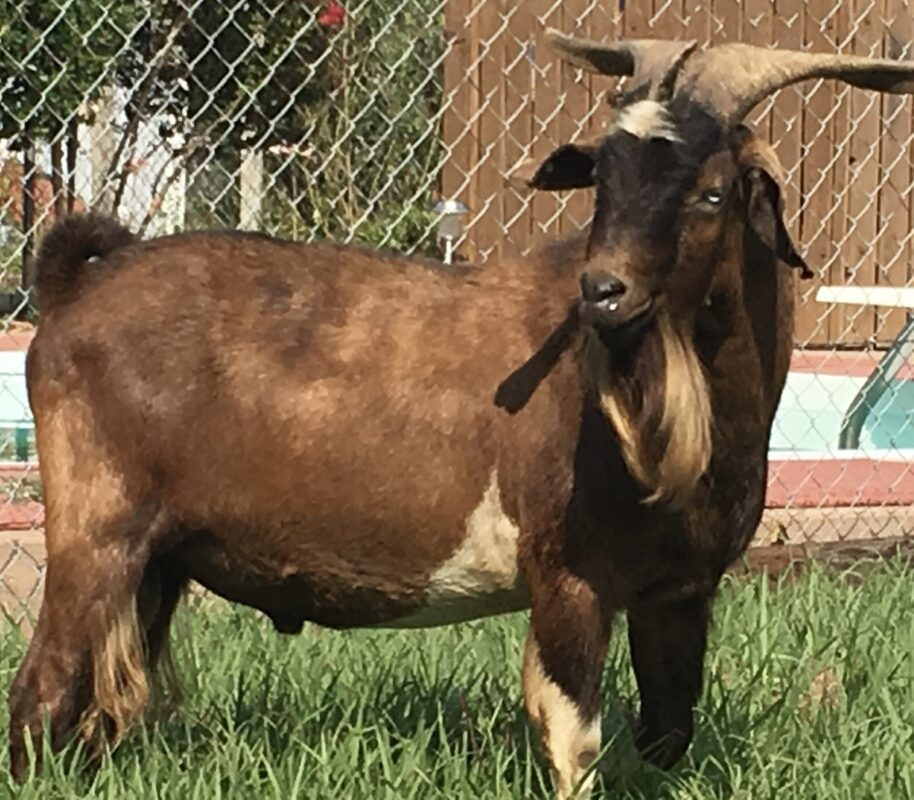 ROCK SOLID (2013) – This buck’s physical appearance is identical to his name……Rock Solid. If he was a football player, he would be a middle linebacker. In addition, he is a very colorful buck.

In the fall of 2013, we gave the young Rock Solid a small number of does to breed as we had well established herd sires on the farm in Wild Bill and High Voltage. Then in the summer of 2014 we sent one of his bucklings to compete in the Maryland Performance Buck Test. That Rock Solid buckling earned the #3 spot in that year’s competition. At that point, we knew that this colorful buck wasn’t just a pretty boy in that he could also put great kids on the ground.

In 2015 Rock Solid had another buckling in the Top 10 at the Maryland Test. More importantly, that buckling was  one of only two bucklings given the Gold Standard award that year. This prestigious award measures not only an animal’s ability to gain weight but his ability to handle parasites efficiently.

When 2017 rolled around we decided to begin sending bucklings to buck tests that were offspring of Rock Solid daughters. At the Eastern Oklahoma Buck Test his daughters produced the following:

Rock Solid iced the performance cake by also being the sire of the #9 rated buck at the 2019 Eastern Oklahoma Buck Test.

We continue to get feedback from people across the country that have Rock Solid daughters in their herd and they are usually some of the best Kiko does on the farm.